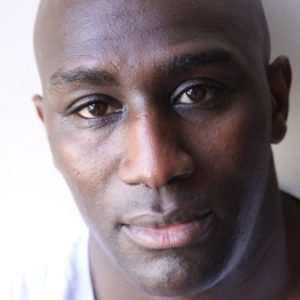 Here at Ascend we love to feature proactive actors who carve their own way in this industry. This month we caught up with actor Vauxhall Jermaine, who has worked with Tom Cruise and Shane Meadows, for a quick inspiring chat and to see what he has in store for the rest of 2016.

When and where did you fall in love with acting?

I landed a small speaking role in an indie film called Weekend in 2011. That was when I first thought I’d like to be an actor. I was a professional footballer (soccer) at the time, had no acting training and was only doing extras work.

But working with Shane Meadows on This Is England ’90 in 2015 was when I truly fell in love with acting. He made me feel I’d arrived, because he filmed me playing two different characters, depending on which way the story went in the edit. After my scenes I walked back to my trailer with a tear in my eye. I didn’t imagine I’d enjoy something as much as I did playing football.

Do you think it is important for an actor to relocate to London if they want a long lasting acting career?

I think it’s all relative. There’s probably more actors and more work in London but that means there’s more competition. Some actors make a great living up north and would probably never feel the need to move. Living in London definitely helped me though. But once your CV is blinging you can live in a wheelie bin on a council estate in Derby, you’ll still get work!

What did you learn from working with Tom Cruise and Shane Meadows, and how has that improved your screen acting technique?

Working with Tom was very surreal for me. You’ve got to understand I used to watch this guy in films as a kid. What I learned from him (and Alec Baldwin) was work ethic. These guys are like machines. When you work that hard you become movie stars. It’s as simple as that. Plus we were shooting in Africa and the Moroccan heat ain’t no joke. Tom’s first words to me on set were “Er… Vauxhall, you don’t need to squeeze my arm so tight I’m not trying to resist you” – I played a US Marine called Ellison Jones sent in to arrest Hunt.

Working with Shane Meadows is probably like playing for José Mourinho. When a BAFTA winning director shows that much faith in you as an actor, it changes you. He trusts in your ability so much, that you feel like you can do anything. The best director I’ve ever worked with plain and simple.

What has been your worse audition experience to date and did you get the role?

Easy. My worst audition experience was about 2 years ago. It was a commercial. I had to jump out of a chair and do some kind of dance move/kick thing. I was wearing a well-fitted suit but forgot to wear a belt. My trousers fully split and just fell off. I was just standing there in my Calvin’s. The casting director was raging, but the director was laughing so much I could see tears I swear. I never got the job and coincidentally have never been seen by that casting director since.

What has been your best audition experience to date and did you get the role?

The best audition I ever had was for a film called Fury starring Brad Pitt. I was over-prepared, put myself under WAY too much pressure to land the role, and was not relaxed at all. I was so stiff when I was reading the lines it was embarrassing. It taught me NEVER EVER get into that state again, and to just enjoy the process. You’re not on trial for murder; you’re just auditioning for a film. Relax.

What would be your dream role and why?

My dream role… Hmmm… I reckon it would be playing a character like Ryan Gosling did in Drive. A bit tortured mentally and ruthless in his pursuit of things, but at the same time trying to find redemption through helping others.

What’s next for Vauxhall Jermaine?

A BFI short film I’m in called Lifeline is being premiered at BUFF (British Urban Film Festival) 2016. It was directed by 17 year old Sam Jones. I play Connor, a man just trying to survive in a dystopian world where killing each other is not an option, it’s a necessity. I’m also currently developing a comedy drama with the comedian Kojo.