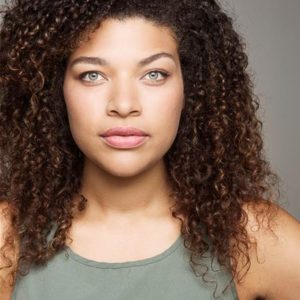 Actress Lauren Douglin shares why and when she decided to drop everything and take a giant leap of faith towards towards her acting career.

“Towards the end of last year I came to realise I was spending absolutely no time on acting. Having quit my job as a secondary school teacher, moving to London on my own with no drama school training to be an actress, the plan wasn’t to get caught up managing events, it was to be creating and growing with like minded creatives. So after 4 back to back 13-hour shifts I was sat on my kitchen floor with my housemate exhausted and miserable and I said ‘I can’t do this anymore.’ His response sparked a whole shift in my life, ‘then why are you?’.

Why was I doing something that made me miserable, tired and unfocused? So with that thought in my head I instantly wrote an email to my employers, quit on the spot and had a slight panic that I only just had enough money in my account to pay rent. The panic was short lived because my determination, focus and drive kicked in almost immediately. I may not have had a steady income anymore but I had something more valuable; time. I updated all my casting websites, wrote Happy Christmas emails to every director, writer, theatre company, casting director and production company I had worked with, auditioned for, met and wanted to meet. Not to say ‘oh please give me a job’ but just to wish them well on a fantastic year and may that success continue for us all.

I only applied for anything creative. I had a sit down with my agent and told him my plan and his support encouraged me more. I only applied for jobs and castings that allowed me to explore and develop my skills and connections. Everything from corporate training videos to hair modelling photoshoots, I was putting myself out there. The first casting I got was for a training video, they sent me a script which I learnt, then on arrival they plonked me in front of an auto cue and gave me two more scenes – I’d never used an autocue in my life but in that moment I gained a new skill and nailed it in two takes!

If I can get on a set I will relish in it. I don’t focus on earning thousands or being on billboards, I focus on developing myself and building connections with great people so that when the big jobs do start coming through I am ready. I attend classes and workshops regularly too, they’re another place to connect with not only the other actors but the workshop leaders. From attending Ascend’s Lewis Arnold workshop I was able to learn within the space during the workshop and was then called in to audition for the latest series of Humans. All because I stopped hoping and started working.

Yes it seemed hard and scary and even some of the closest people to me said to me ‘maybe you should just get a waitressing job on the side just in case’ but in case  of what? 3 months ago I committed to fully being an actress and since then I have met some incredible people in front and behind the camera. And my rent is always paid and I can afford theatre tickets, workshops and my best friends hen do in Benidorm in April! It takes commitment and hardwork, you have to be open, on the ball, ready to learn and prepared for anything, but trust me investing in yourself pays off! If you want act then do.”

Published by The Ascend Actors Group