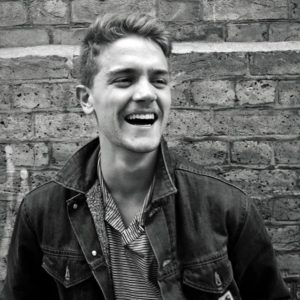 We are excited to announce our first General American Accent class of 2019, with our favourite accent coach, Carter Bellaimey.

We all know that we are in pilot season; therefore having your best American accent ready for that audition or self tape is a must.

This three hour workshop is designed to boost your technical skills and fluency in speaking General American easily, without self-consciousness or exaggeration. The workshop will be a combination of group work and individual instruction. Key exercises and activities will focus on the basic sound, rhythm, and oral-posture shifts found in the accent, and show how these shifts can help your acting work in the audition, rather than hinder it.

No background in speech work, accents, or phonetics is necessary. All skill levels are welcome.

In this class different American scenes and sides will be used and there will be a mixture of group and individual work.

Carter Bellaimey is a US-native Dialect Coach based in London. He has a BFA in Acting from Rutgers University and a MA in Sociocultural Linguistics from Goldsmiths University. He has been coaching professionally since university where he trained in standard and regional UK dialects at Shakespeare’s Globe and has been working with clients in London since moving back two years ago. He specialises in teaching actors from the UK American dialects (General American, Southern States [Rhotic/Non-Rhotic], New York, Boston, and The Midwest). He has coached actors from TV series such as Broadchurch and The Get Down; and theatrical productions such as War Horse (Lincoln Center), Thriller (UK National Tour), Dream Girls (West-End Premier), Antigone (The National Theatre).