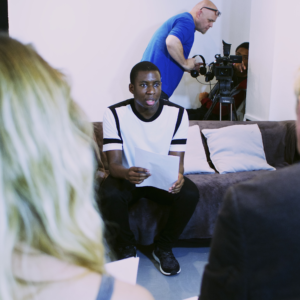 Working in TV & Film is a goal for most actors and this workshop is aimed to help you reach that goal.

This workshop with one of the most experienced TV and Film Casting Directors, Ben Cogan, aims to shed light on the casting process and provide you with useful tools to improve your audition technique in order to book the job.

Ben will explain how the casting process works and the most common pitfalls that actors fall into. He will also discuss how to approach and prepare for an audition, perform within it and essentially how to embrace and enjoy it! The workshop will also involve the actors performing a selection of scenes, receiving direction and constructive advice, and will end with a Q+A session.’

Ben Cogan has worked in casting for 19 years. He began as a Casting Assistant for many shows (including EastEnders, Holby City and Waking the Dead) before becoming the Casting Director for Doctors in 2002. 380 episodes later, Ben moved to Casualty, and, in his time there, 6 episodes that he worked on were recognised with BAFTA nominations. During this period he also worked on the Afternoon Play series, Kiss of Death and various short films – one of which (Wish 143) was nominated for an Oscar. Ben is now a freelance Casting Director having cast feature film Just Charlie (Winner of the Edinburgh Film Festival Audience Award), Trendy (nominated for Raindance) and Amaryllis as well as award winning short films , Apple Tree House for CBeebies, additional child roles with Tom Hooper on Jack Thorne’s BBC adaptation of Philip Pulman’s His Dark Materials and is about to begin work on the feature film: Witch West.