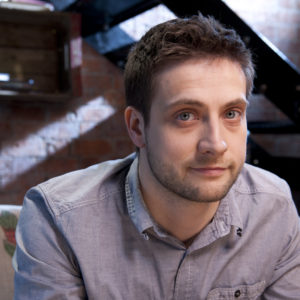 From guest roles to leads, from soaps to dramas, Rick has cast it all; he has a wealth of screen casting experience that can whip even the least experienced actor into shape.

We all know that getting in the casting room is tricky but once you show the Casting Director that you’re a reliable and versatile actor, they’ll want to show you off to Screen Directors over and over again! Then, you’re well on your way to a career in TV!

This workshop aims to work on the actor’s versatility in the casting room through strengthening the various ways of approaching different types, and sometimes challenging, guest roles in productions. This is to ensure whatever screen castings you get this year, you can confidently put your best foot forward to get the role.

A variety of scripts will be given out in the workshop for actors to work on.

Rick Laxton is a freelance Casting Director and a member of the CDG.  Rick is currently casting projects for BBC1 and Amazon Prime, his other freelance credits include ‘Peter Kay’s Car Share’ for BBC, ‘Crown Court’ for ITV and ‘The Evermoor Chronicles’ for Disney.  He was Head of Casting at Lime Pictures from 2010 to 2015, where his credits included ‘Hollyoaks’, ‘Rocket’s Island’, ‘The Case’ and ‘House of Anubis’.  Before that, Rick worked in the ITV casting department for seven years, working on shows such as ‘The Street’, ‘Vincent’, ‘Coronation Street’, ‘Blue Murder’ and ‘The Road to Coronation Street’.