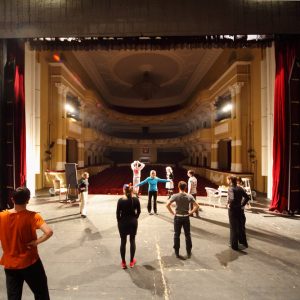 Working with Louis is always a pleasure for Ascend. His wealth of experience is jaw dropping and, I mean, is there a venue Louis hasn’t worked with?

Having worked as an Actor, Agent and now Casting Director, Louis Hammond CDG brings his unique perspective and understanding of an actor’s life to this new workshop.

This workshop offers the opportunity to work with a well established and experienced theatre Casting Director within an honest and supportive environment.  Through scene work and discussion, this workshop aims to give you the practical skills and advice needed to put your best foot forward at a local, regional and/or west end theatre casting.

Your Spotlight CV will be sent to Louis before the workshop and based on your casting, Louis will hand out appropriate scenes to work on in the workshop, giving you enough time to prepare for a cold read. You will receive honest feedback and advice within a supportive environment. The workshop will conclude with a question and answer section, where advice will be given on how to approach relationships with agents, casting directors and directors, and how to make the most of auditions, with a particular emphasis on theatre.

.Louis Hammond is a member of the Casting Directors’ Guild of Great Britain and Ireland.