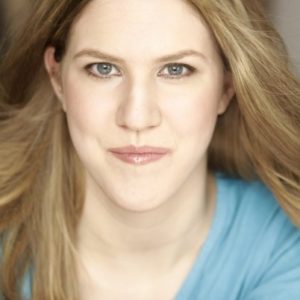 What’s interesting as an actor/writer/producer is that sometimes you have to step away from the acting.

I trained at NYU’s Tisch School of the Arts from 2005-2009 and have been working on the London fringe scene ever since. I am only just starting to get my work out there in a larger way and that’s thanks in part to Aequitas Theatre Company.

I started Aequitas with a director, Sophia Start, to help create roles for women onstage. It quickly turned into an idea to create more roles for anyone who is underrepresented and so that’s a big part of what we do. We cast based only on skill set because, as an actor, I think good actors can play anyone. I’ve always appeared in the work. But this year, as a producer, I decided to take a step back to let my company grow and flourish. This is something that as an actor and a producer, sometimes you have to balance.

What’s Your Issue is our latest play and it is a rare gem. The play explores the relationship between our insecurities and how they are influenced from childhood. This work is decidedly feminist in that it has both created three excellent parts for women AND it says something about being a woman in the world today. The cast includes Game of Thrones’ Meena Rayann, Jeryl Burgess Joseph Begley, and newcomer Quelin Sepulveda; and the show continues to use Aequitas’s trademark use of mixed media.

I believe that theatre should make a difference—it always has and it always can, so those of us actors who are also involved in creating our own work should make sure there’s a higher purpose.

I also believe that young actors should create their own work: it is very rewarding and, though demanding, it is the best way I know to get yourself out there. It is taking control in a career where you have so little control over what happens and it allows you to say something about the world.

What’s Your Issue is on at the Cockpit from August 25-27 at 7pm. Tickets are £10 and concessions are £8. It is an hour long comedic piece and you can book tickets here: http://camdenfringe.com/show.php?acts_id=590

So far, this journey has been exciting and huge and I can’t wait to see what happens next.