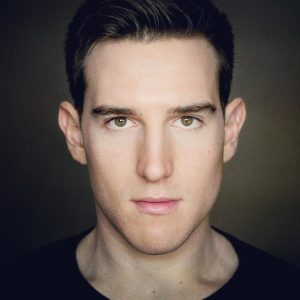 In this industry, you cannot sit back and wait for an angel to give you the career you dream of, it is up to you to go out and make it happen. And no one knows more about that than our featured actor, Sam Benjamin, who has created his own path and is quickly becoming a rising star.

It’s funny, I can remember in primary school the teacher asking us to go up and tell the class what we wanted to be when we grew up. Even at that age, I said ‘an actor’. I was a kid who spent his childhood watching cartoons rented from the video shop, and spent hours on end playing with his Batman, He-Man and Thundercats action figures.

Two movies in particular I always credit as really inspiring me as a kid are Tim Burton’s ‘Batman’ 1989 and ‘Mission:Impossible’. They both gave me that ‘cinema high’ feeling after watching that’s just indescribable. Something inside me always knew that this was going to be my life. It’s a cliché I think, but I was a kid with little confidence, who wasn’t comfortable in his own skin. I preferred stepping into someone else’s shoes.

What a question. In an interview with director Kevin Smith, graphic novel writer Neal Adams said that every artist’s proudest work is the one they are currently working on. I think there’s some truth in that. Just this morning, I’ve put together a first draft of a superhero web series I’m working with visionary director Sam Bradford. It’s something totally unique, especially in the UK web series marketplace, and I’m extremely excited. Think ‘Chronicle’ meets ‘Batman V Superman’. I worked with Sam Bradford on the crime caper short movie ‘Double Cross’ with Kyla Frye – that project is definitely up there with my favourite moments so far. I owe a lot to Sam and Kyla!

I’ve worked with the likes of John Bishop, Jimmy Jean-Louis, Bernard Cribbins…there are so many highlights! But I’d say look out for ‘Peaky Blinders’ series three. It’s a really fantastic show, and I’m excited to be guest starring in the third episode.

One of the main lessons I was taught at Drama Studio London during my training was that there is no point teaching someone how to act, if you don’t also teach them how to get work as an actor. Acting is a craft, but it’s also a profession, a skill, just like a brick layer or a plumber. You could be the best actor in the world, but if nobody knows you exist, what’s the point?

You have to work on your own PR and marketing. That’s a given.

In terms of George as a character specifically – it was a way for me to break away from ‘working class’ and ‘rough’ characters that I’ve played quite a bit. I wanted to portray a more refined, stylish, Bond type of guy – a leading man who carries a movie opposite the leading lady.

Co-star and co-writer Kyla Frye and I had known each other for five years and we both used to meet up regularly for coffee, to catch up on our acting exploits, and generally have a laugh. We’d always talk about our favourite movies, particularly our love of crime caper movies like ‘Out of Sight’, ‘Oceans Eleven’. Increasingly we realised that we’d never had the opportunity to play those kinds of roles in our careers yet, and figured that rather than wait for the wish to be granted to us, we’d make it happen ourselves. It was also an opportunity for us to act alongside each other for the first time.

The other motivation came from the fact that it often felt like Kyla was always being cast in ‘black/urban’ shows, and I was always being cast in ‘mainstream/white’ shows. It’s like the industry put us into different universes almost. We’re passionate about film and TV reflecting the true multi-cultural UK, that seeing is believing, and that it’s important to see actors of different ethnic backgrounds in the same projects where race and colour do not define those characters.

Of course. I’ve been with IAG for a couple of years now and they are the best in the business. In Jonathan Hall I have a fantastic agent, who’s always hustling, who shares my ambition and vision, and is always looking out for me.

Generally, the acting game can be a lonely one. I think one of the most important pieces of advice would be to surround yourself with people that are positive and have a ‘can-do’ attitude. A great team will begin to form if you support your peers and work hard.

Someone once advised me that although you should listen, and be aware of other people’s advice, sometimes you have to just shut them out, put the horse blinkers on, get your head down and do what you think is right. Follow your instinct, and if you know in your heart you what you need to do, then just do it.

That everything is going to work out. That when one door closes, another one opens.

In five years I’ll be acting in Hollywood films, will have landed an iconic character in a comic book movie franchise, and will be writing for an internationally acclaimed TV series.

Guest starring in episode 3 of the third series of ‘Peaky Blinders’ on BBC and Netflix this coming May. I’m filming that superhero web series I mentioned with Sam Bradford, and I’ve got some auditions coming up for a couple of exciting TV and film projects. BBC Writersroom are currently looking at one of my TV pilots, and I have a movie set in Liverpool – a romantic drama called ‘Soul Cabbie’ that I’m in meetings with producers about getting it into production. Think ‘Brown Sugar’ meets ‘Saturday Night Fever’ with an eighties r&b soundtrack!